I'm writing this post in English, since Ofri is Israeli and Laity is French, and I want to appeal to all audiences :)

Ofri and Laity are a totally sweet couple living in France. Since they have two nationalities, they thought about designing their invitation to look like a double-sided passport - one side Israeli and one French. Of course I completely loved the idea, and couldn't wait to start playing around with the design!

Since it is a wedding, after all, and we needed a nice wedding-y look, Ofri and Laity decided that the background colour of the passport will be white (Israeli passports are blue and French are reddish-brown). So here is how the outside of the invitation came out: 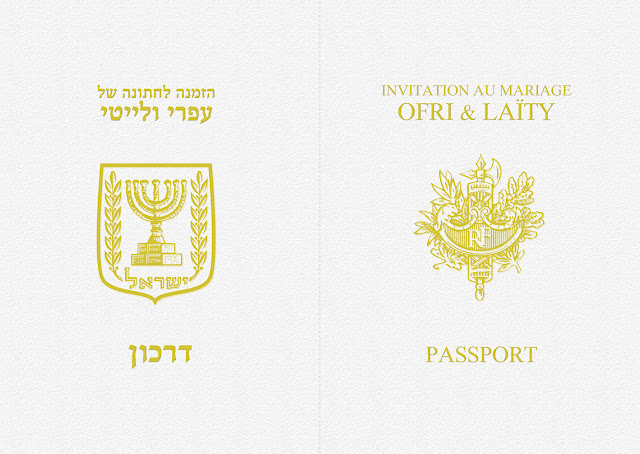 Now, since Ofri and Laity are actually having TWO weddings (one in Israel and one in France... wow!) there was a LOT of text. Too much text... So much text, that they decided on another great idea - all the invitation text will go on a separate card, which will be designed to look like a boarding pass. This couple is really taking us around the world with them!

So now that we had the inner side of the passport text-free, they asked it to include a map with significant things that happened to them around the world. The bottom part is like a real passport, with a picture and all the important information :) 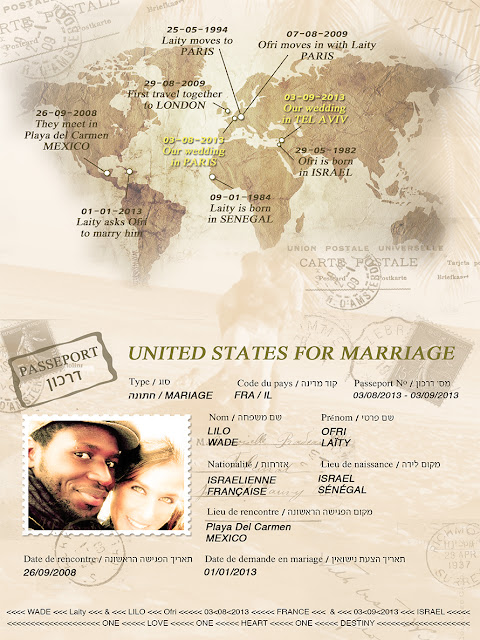 And just to show off a little, here's what a little work in Photoshop can do to an image :)

Gorgeous, ha? This invitation really tells their story, which I think is fabulous, as it makes it all the more personal.

So now we started working on the boarding pass. Since all the text had to appear both in Hebrew and in French, we decided to make the boarding pass double-sided, and have each language on a different side. This is how it came out:

Fun fact - in France (as in other places in the world, not in Israel though) the couple chooses colours for the wedding beforehand, and they need to notify their guests of the chosen colours in the invitation, so people can dress accordingly. The colours Ofri and Laity chose were pink and green, and so I made a little box with pink and green hearts.

The last thing we had to do is design a small additional card, inviting some of the guests for a special brunch. I thought it would be cute to make the card look like a tiny ticket card, like the ones they used to attach to suitcases back in the old days. This little card is also double-sided, one side in Hebrew and one in French: 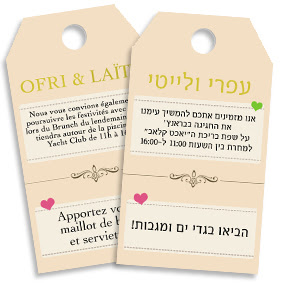 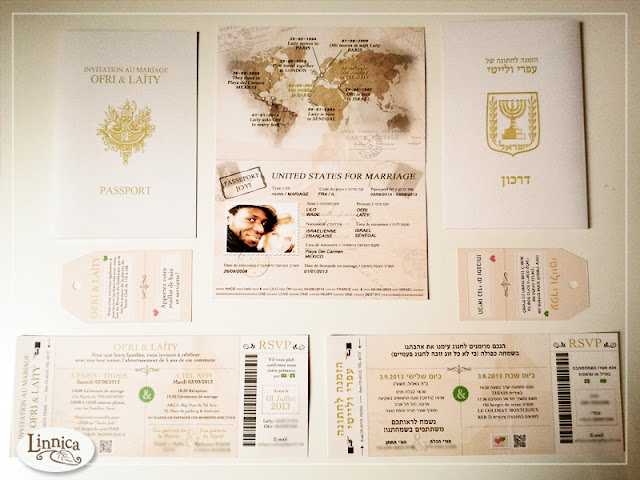 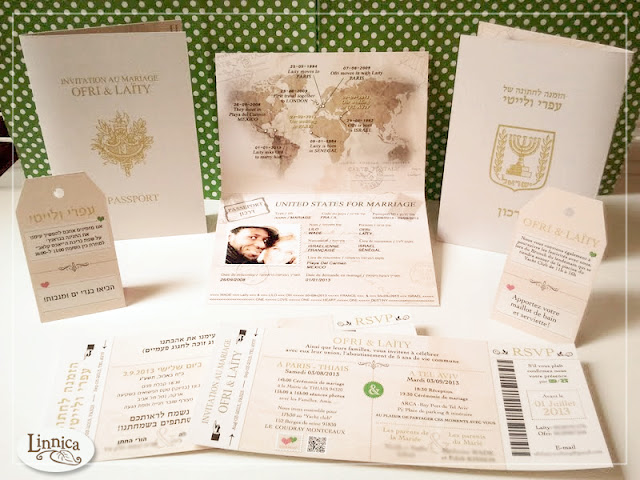 Ofri and Laity - wishing you a fabulous wedding, at least as original as your invitations :)

My name is Linoy Gal. I'm a freelance illustrator and graphic designer based in Haifa, Israel. Hope you enjoy this blog and my works. If you need me for any project - give me a holler.